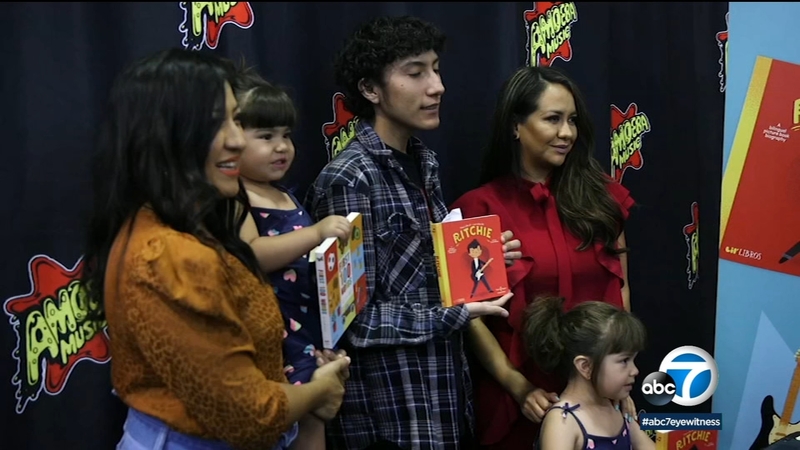 The life and legacy of musician Ritchie Valens is the focus of a new children's book created by Lil' Libros, a line of bilingual educational books for children.

The book celebrates the life and legacy of Ricardo Valenzuela, known as Ritchie Valens, a Mexican-American musician from Pacoima who grew up to become a rock 'n' roll legend with hits such as, "La Bamba" and "Donna."

Lil' Libros authors Patty Rodriguez and Ariana Stein felt it was important to introduce Ritchie Valens to the next generation of young readers.

They believe Valens' life serves as an inspiration to follow your dreams and feel that seeing people who look like you has the potential to make a positive difference.

"It just makes sense to really highlight people that have really made history that people look like us, especially Ritchie who has inspired so many Latino musicians. He was the one who opened doors for so many artists," Stein said.

The picture book is the first of its kind about Valens, but it's the 17th bilingual book focused on Latino role models, artists or cultural icons or places for Lil' Libros.